Yesterday,on one of the first sunny and warm days of spring, I had lunch with one of my all-time favorite people, the incomparable Owen Laster, a great friend and my former literary agent at the William Morris Agency. Owen, who retired in 2006 after an illustrious 45-year career, came down to Battery Park City to enjoy the 70 degree temperatures and an afternoon lunch at Southwest, a Mexican restaurant located on the Marina.

With cherry blossoms in bloom and sailboats passing us by, Owen and I caught up on any and everything. I used to always joke to him (and it wasn’t really a joke!) that I was his most unimportant client. Indeed, Owen, who was head of international literary operations at William Morris and a key player in numerous Hollywood deals, has worked with countless legends, including such heavy hitters as James Michener, Gore Vidal, Dominick Dunne, Susan Isaacs, Judy Blume, William Diehl, Robert Penn Warren, and the estate of Margaret Mitchell – to name just a few.

Most recently, Owen was kind enough to read the finished manuscript of my upcoming book, Katie Up and Down the Hall, and I was touched by his kind words and positive reaction to it and by his kindly introducing me to Lynn Goldberg, the premier book publicist in New York, fantastic in her strategic devotion to KATIE.

As Owen and I joked, who ever thought I’d be writing about a dog?! Indeed, our association began thirty one years ago on quite a different note, so to speak. Back then, I had been an aspiring concert pianist and had just moved to New York after graduate work at the Peabody Conservatory of Music. After a combined eighteen years of study (including nine years of college) I had finally QUIT the piano for good–tired of it all and convinced I wasn’t good enough.

What was I going to do? My parents were appalled that I was quitting with no other prospects in hand. But I hatched the idea of writing the first biography of the legendary Vladimir Horowitz–a crazy notion since I had never written anything, much less had something published–not even a poem. 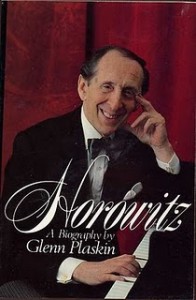 Nevertheless, I started calling publishers on my own, fourteen of them in all, including Jacqueline Onassis at Doubleday, essentially lying to them (or you might say, trying a fantasy on for size), by telling them definitively that I WAS writing a biography of Horowitz, who was, of course, the most famous pianist of his time, appearing in l979 live at the White House and in concerts all over the world. To my amazement, nearly every editor I approached was interested. Knowing I needed an agent, I somehow got the name of Owen Laster–and gave him a call. I never thought he’d agree to meet me, but he did.

“Here was this rather pushy young man with no experience with an idea for a book,” Owen later said jokingly, “and I thought to myself: Who knows? Maybe he can do it.” At our first meeting I gave Owen all NO’s to his questions: Had I ever written anything? Did I have Horowitz’s cooperation? Did I have a proposal ready?

That didn’t stop me. I went to the Lincoln Center Library, took out the “clip file” on Horowitz, and scoured it until I found something in it I could use for a sample chapter. A few weeks later, I returned to Owen’s office with a complete proposal in hand. To this day, I’ll never know how I did it.

And on my birthday, May 15th, 1979, Owen sold the book to William Morrow (and to my disappointment Jacqueline Onassis didn’t bid on the book, as she felt I didn’t have enough experience to write it.) Even better, Owen also sold the book to an English publisher. Wow! From January when I was a penniless piano student to May, I had come a long way–all thanks to Owen.

It took me three years to write the book, but when HOROWITZ was published, my author photo to the right here, it received more attention than I ever expected. Afterward, Owen also did a wonderful thing–encouraging me to do interviews for magazines, introducing me to Playboy (my first interview was with Calvin Klein) and to Family Circle, all of which led to my specialty, interviewing celebrities. 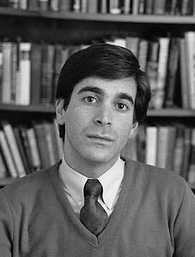 I can never forget Owen’s open heart in meeting a 24-year-old with absolutely no credentials, armed with only the dream of starting something new. And I always tell young writers that if I could do what I did with absolutely no experience–anybody can.

As an aside, when I came back from my book tour in March l983, sitting on my desk was a pale blue envelope. I opened it up and found this: “Dear Mr. Plaskin, Your copy of Horowitz just arrived. I know you devoted so much of your time and effort to this project and I trust that seeing the finished book has given you a great sense of accomplishment. I am sure it will be as successful as your expectations. Thank you so much for thinking of me. I would very much like to talk with you about any future ideas you may have. Sincerely, Jacqueline Kennedy Onassis.”

None of this would have happened without Owen.