For generations, moviegoers have been seduced into buying tickets for upcoming attractions by watching those all-important movie trailers, alluring previews that generate the ‘impulse buy,’ pulling you back into the theater for more. 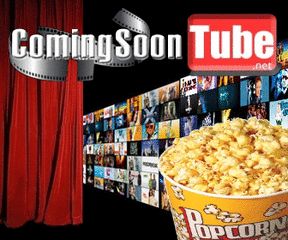 These 30-second trailers are elaborately produced, intended to incite in the viewer a visceral reaction. I think of them as Hors d’oeuvres, whetting your appetite for the main course. In fact, I often make my decisions about what movies I see based upon trailers, which ideally give you the flavor and texture of the story without giving the plot away.

While movie producers have banked on the power of trailers for years, it’s only in 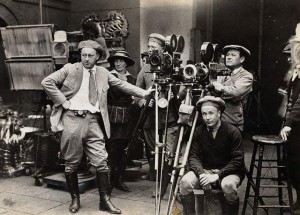 the last few years that the book industry is finally catching up, borrowing the concept by producing so-called “book trailers”– video advertisements for new releases that can be acted out using flash videos, animation, or simple still photos set to music (with optional narration), designed to build advance interest and sales.

It’s hard to believe that the first book trailer wasn’t produced until 2003! And it wasn’t until 2005 when user-generated online video upload became more popular that such trailers become a common reality on sites like MySpace, YouTube and iFilm. The cost of such trailers range from the bare bones low-end of $1500 to $15,000 and up toward $100,000 depending on productions values. But such trailers turn out to be invaluable as an author can use them on social networking sites, in their press kits, in presentations to book chains, on commercial sites selling books, at Book Expo America, and at book readings.

When I learned all this about a year ago, my goal was creating a book trailer of my own. After all, KATIE UP AND DOWN THE HALL is an emotional, highly-visual story that takes place along the Hudson River–with a very photogenic dog (Katie), an adorable little boy (Ryan), and a charismatic matriarach (Pearl), so I envisioned a book trailer that could capture the color and mood of the story. 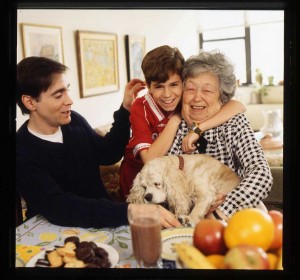 But I didn’t get the idea of producing such a trailer until the great book coach, Ann McIndoo, suggested that I consult with with the renowned book marketing authority  John Kremer, who wrote a great book titled, 1001 Ways To Market Your Book. “If there’s one thing you should do, it’s build an Internet audience through social networking sites, one key tool to doing it being a book trailer.”

John defined the most effective book trailers as “poems with music,” consisting of three major elements–an inspiring message (the script), beautiful images (in my case, a montage of photographs that illustrate our family story), and atmospheric background music that matches the mood of the story. As an example of one trailer that got 40 million views, he sent me to thedashmovie.com.

So I set to work: The first thing I did was write a 4-minute script that would capture the essence of the story in an emotional way.  I started with the line: “Some of the best things that happen in life are purely accidental…an intuition can take you almost anywhere–even to a beautiful friendship when you least expect it. That’s what happened to me.” And then I transitioned to setting the scene by writing: “There’s a little town built on water with a never-ending parade of sailboats, ferries, and cruise ships. 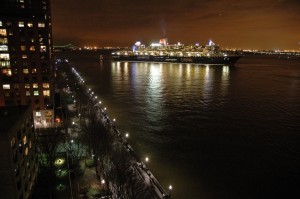 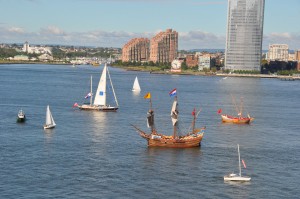 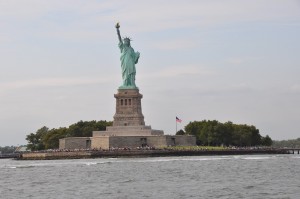 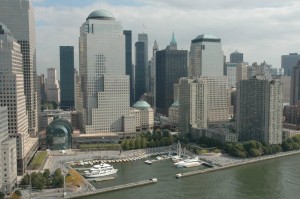 Into this world arrived a homely little puppy with skinny legs and gigantic ears.” 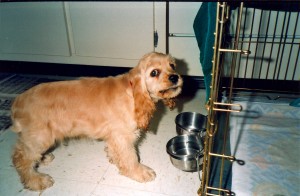 Pitiful As A Puppy

That, of course, is the star of the book, Katie. And on it went.

Next, I combed through 20 of my scrapbooks, each identified by theme, choosing the most expressive pictures I could find. I eventually wound up with 300 “finalists,” that told the entire story of our 16 years together. From this pool of photos, I eventually narrowed it down to 65 pictures to tell the story of KATIE.

Finally, I needed to find background music that would match the mood of the story–and hopefully evoke in viewers an emotional reaction. One night, I found a great movie on cable titled “My Dog Skip,” and as soon as I heard the film score, I knew it was perfect for my story. 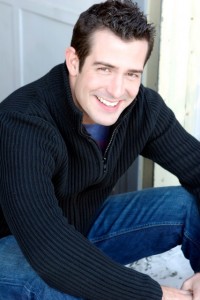 And now, with all three elements chosen, I needed a video and sound editor to put it all together. It’s fitting that since my book is all about building a family from neighbors–I was able to build my book trailer the same way! One of my best friends is the brilliant Broadway and TV actor, comic, voice-over artist, and screenwriter Brandon Williams, 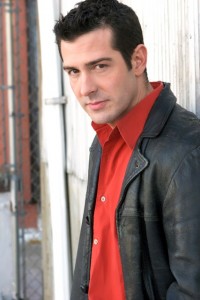 who lives fifteen floors above me with his wife Sheila and their two young sons. Brandon has the most mellifluous voice–almost haunting in its expressiveness–and I felt he was the perfect person to record the trailer voice-over. As if all his other talents weren’t sufficient, Brandon, I quickly discovered, is also a skilled video editor. Brandon arranged the photos in the right order, matching the meaning of the script to the image, creatively panning and zooming on pictures, coordinating the final look of the trailer.

There was only one thing missing–a sound editor to record the voice-over and edit the film score to match the flow and meaning of the words. I lucked out knowing Diego Costa, 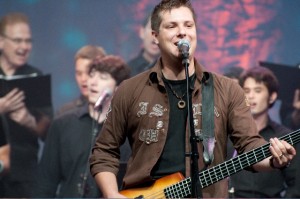 a skilled musician and audio editor, who again, lives right in my building, 20 floors above me with his wife Daniela and their two young sons.  Don’t I have great neighbors?! 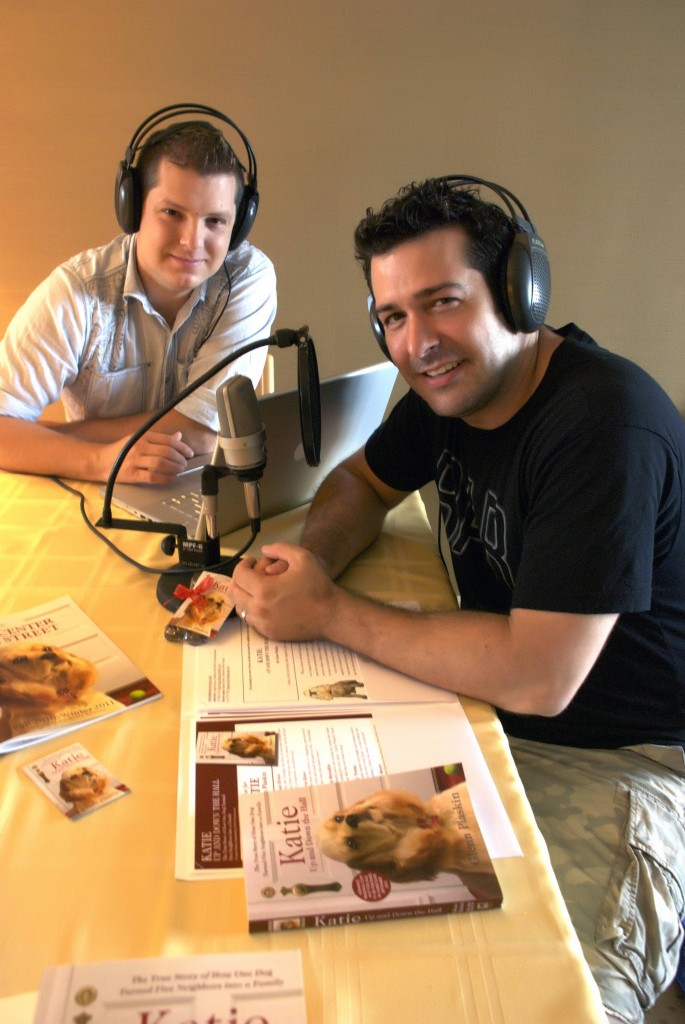 So rather than going into a recording studio or hiring a producer or video editor, we produced my book trailer right at home in my dining room! There we sat, and in just 3 hours, we recorded the script, edited the music, and then Brandon, over a period of just a few days, put the pieces all together. Taking the pictures of the session was Brandon’s talented wife, Sheila of Sheila Williams Photography.

The final result speaks for itself. Just click and see. I have to tell you that I’ve screened this trailer for many people–kids, seniors, businessmen, dog lovers, and those not even interested in dogs–and the reaction has been startling. Almost everybody who sees it cries! Why? I think it’s because each of us has a child, or a grandmother, or a best friend, or a dog in our lives who we’ve bonded with deeply–and who we’ve ultimately lost, due to the inevitability of death or separation.

Well, there you have the story of my book trailer. I recently found the trailer posted on the Barnes & Noble web site, pictured here. 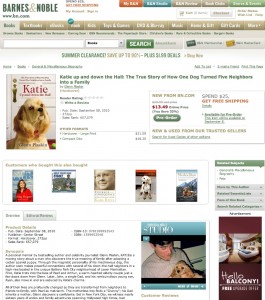 It makes me feel great to share the story of our lives with families and dog lovers everywhere. And if you come to the Barnes & Noble bookreading on September 16th, we’re going to have a special screening of the trailer, the evening hosted New York legendary journalist Liz Smith.

In the meantime, I hope you’ll watch the trailer–and let me know what you think of it.