Courage, Faith and Will: A Breakthrough With Tony Robbins

There are times in life when the bottom falls out –and absolutely everything goes wrong. 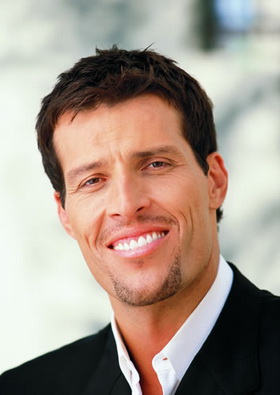 Unexpectedly, fate throws us a curve ball–and our safe and settled existence, as we had known it, falls apart.

We may sink into despair or depression; or get angry and lash out at others. Some fall into addiction. Many feel they’ve been victimized, that their luck has run out, and that their lives are over. Some may even contemplate suicide. (And 30,000 people do commit suicide in the U.S. every year.)

In my own life, I’ve been grateful to experience many peaks. But there have been some valleys too–times of extreme emotional pain when I’ve known the sting of rejection, reversals of fortune, disappointments in relationships, and health challenges too.

It’s at times like these that we all need a breakthrough–which is exactly what we’re going to get beginning this Tuesday, when NBC debuts a six-part reality series titled BREAKTHROUGH WITH TONY ROBBINS. 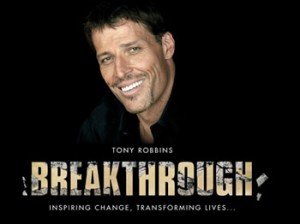 I’ve seen a preview disc of the show and I can tell you that it is riveting. 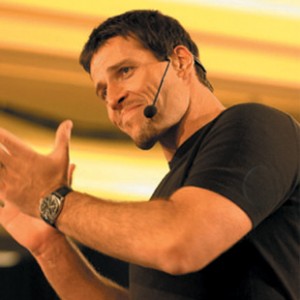 As the world’s greatest peak performance coach, Tony has, over three decades, worked with three million people in 80 countries (including heads of state, professional athletes, corporate executives, film stars, and royalty). But for those who haven’t attended his seminars, read his books, listened to his tapes, or watched his videos, at last, he’s finally bringing his magic to television.

I can tell you that I’ve known Tony personally for many years–and have seen him in action at his signature seminars–Unleash The Power Within, Date With Destiny, and Life Mastery–and there are few people in this world who can give people the practical tools to transform misery to joy, the follow through to turn apathy to resourcefulness. But he can do it.

In this show, you’re going to meet people who have experienced deep pain and loss, those who are desperate for a new beginning, many of whom who have lost hope. This isn’t entertainment. Anyone with a problem is going to be inspired by the people Tony meets on this journey, and you’re going to apply the lessons learned to your own life. 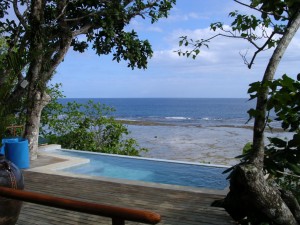 Much of Breakthrough With Tony Robbins was filmed in Fiji

Tony will show us how to turn trauma around, finding inner strength where we didn’t think we had it. He’ll demonstrate that there’s always something we value greater than our pain. He’ll give us the faith and confidence to prevail over a disability, restoring emotional fitness and giving us the compelling future we all deserve. 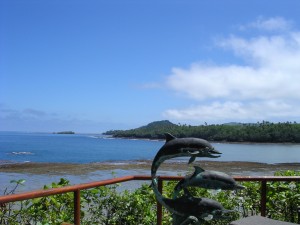 A few months ago, I wrote here about a great lesson that I learned from Tony, one that is intimately connected to the theme of my new book.  As we travel through life, much as we want things to be safe and predictable, they rarely are. I sometimes wonder why things unfold in life exactly as they do. Can what happens to us be controlled and planned, or is much of it mere accident, fate, destiny–or perhaps another greater force at work as well?

In my own life, especially with Katie Up and Down The Hall being soon published,  I often reflect on why I became so intensely close to my neighbors down the hall. 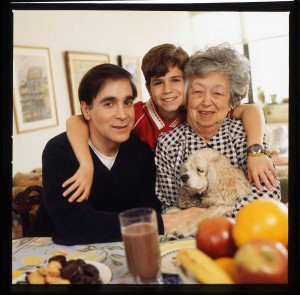 What power was there in that red-carpeted 120-foot hallway that took me to places I never imagined, much like a magic carpet.

Do you ever play this game: “If I hadn’t just accidentally found myself in that elevator (or in that classroom, gym class, subway car, or party) at that exact moment in time, how would my entire life have been different? Maybe I never would have met my mate, or a key business connection, or a lifelong friend. Right!

Sometimes I just can’t believe the coincidence, things that happen at exactly the right moment. Sure this seems accidental–but as I’ve learned from Tony Robbins, what happens to us is greatly a product of what he has insightfully described as THE POWER OF PROXIMITY. 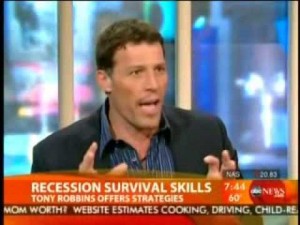 Simply put, it’s so often the people in our physical orbits–those in closest proximity–who will become the people most important to us. When you’re around someone in your environment, day after day, you notice their insight, humor, and unique talents–and the needs in them that call out to you for fulfillment. When we look to each other for companionship, love, and connection–we often get what we need.

That’s one key reason why my dog Katie and I became so close to our octogenarian friend, Pearl, and her husband Arthur, and the little boy Ryan, and his Dad, John. Katie and I needed connection–and we so fortuitously found it–just down the hall.

So as Tony often says to seminar participants: “Who, in your environment is nearby? Who’s literally in your field of vision? Who do you keep bumping into, over and over again?”

In this way, as he wisely concludes: “For most of us, proximity is the messenger of fate.”

I can tell you that it’s this principle that changed my life, and the life of my dog forever–and I bet it’s changing yours as well.