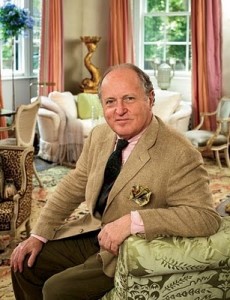 I recently spent two incredible evenings with the legendary interior designer Mario Buatta, a longtime friend and frequent interview subject who appears in my upcoming book, Katie Up and Down The Hall. Mario stars in an especially fun chapter titled “Prancing With The Stars,” all about my dog’s tete-a-tetes with a host of celebrities, one of her favorite being Mario, the nation’s “Prince of Chintz,” the acknowledged master of the English Country style, his work often featured on the cover of Architectural Digest.

Mario is also a passionate lover of theater, comedy, cabaret, and any good performance in town. One recent night, he kindly ushered me backstage to greet Joan Rivers after one her hilarious performances at the West Bank Cafe, the proceeds of which go to her two favorite charities, Guide Dogs For The Blind and God’s Love We Deliver. END_OF_DOCUMENT_TOKEN_TO_BE_REPLACED